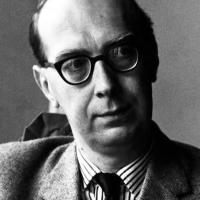 1,000 карма
Philip Arthur Larkin (9 August 1922 – 2 December 1985) was an English poet, novelist, and librarian. His first book of poetry, The North Ship, was published in 1945, followed by two novels, Jill and A Girl in Winter, and he came to prominence in 1955 with the publication of his second collection of poems, The Less Deceived, followed by The Whitsun Weddings and High Windows.
Популярные
Последние
Популярные
Читаемые
Комментируемые
Аудио
Видео
Все работыПоиск
Вид
Стандарт
Компактный
Lambs that learn to walk in
When their bleating clouds the
Meet a vast unwelcome,
Nothing but a sunless glare
Читать дальше
That Whitsun,
I was late getting away:
Not till
One-twenty on the sunlit
Читать дальше
Love, we must part now: do not let it be Calamitious and bitter
In the past There has been too much moonlight and self-pity:
Let us have done with it: for now at last Never has sun more boldly paced the sky,
Never were hearts more e...
Читать дальше
Marrying left your maiden name disused
Its five light sounds no longer mean your face,
Your voice, and all your variants of grace;
For since you were so thankfully
Читать дальше
'Dockery was junior to you,
Wasn't he
' said the Dean
'His son's here now
Читать дальше
What do they think has happened, the old fools,
To make them like this
Do they somehow
It's more grown-up when your mouth hangs open and drools,
Читать дальше
Come to Sunny
Laughed the girl on the poster,
Kneeling up on the
In tautened white satin
Читать дальше
Down stucco sidestreets,
Where light is
And afternoon
Brings lights on in
Читать дальше
Always too eager for the future,
Pick up bad habits of expectancy
Something is always approaching; every
Till then we say,
Читать дальше
At last you yielded up the album,
Once open, sent me distracted
All your
Matt and glossy on the thick black pages
Читать дальше
Cut grass lies frail:
Brief is the
Mown stalks exhale
Long, long the
Читать дальше
The trumpet's voice, loud and authoritative,
Draws me a moment to the lighted
To watch the dancers - all under twenty-five -Solemnly on the beat of happiness
- Or so I fancy, sensing the smoke and sweat,
Читать дальше
What are days for
Days are where we live
They come, they wake
Time and time over
Читать дальше
Strange to know nothing, never to be
Of what is true or right or real,
But forced to qualify or so I feel,
Or Well, it does seem so:
Читать дальше
My wife and I have asked a crowd of
To come and waste their time and ours:
You'd care to join us
In a pig's arse, friend
Читать дальше
Sometimes you hear, fifth-hand,
As epitaph:
He chucked up
And just cleared off,
Читать дальше
Показать больше