The central teaching of mysticism is that Everything is One, whereas from the side of rationalism the universe is Multiple. The essence of the mystical tradition is not a particular philosophical system, but the simple realization that the soul of any individual/existence is identified with the Absolute. A special feature of the mysticism is the elimination of discriminations, i.e. the One and the Multiple are identical.On the other hand, in rationalism the One and the Multiple differ substantially. Mysticism aims at the Emptiness of Zero, whereas rationalism aims at the identification with the Infinite of Everything. Based on the ontology resulting from modern physics the One is also the Multiple and the Multiplicity is also a Module, also the Void and the Everything are complementary aspects of a single and indivisible reality. This means that mysticism and rationalism are the two sides of a Cosmic Thought, which isexpressed through consciousness. We could say that this consciousness is the rhythm that coordinates any opposite.


If physics leads us today to a world view which is essentially holistic, it returns, in a way, to its beginning, 2,500 years ago. It is interesting to follow the evolution of Western science along its spiral path, starting from the mystical philosophies of the early Greeks, rising and unfolding in an impressive development of intellectual thought that increasingly turned away from its mystical origins to develop a world view which is in sharp contrast to that of the Far East In its most recent stages, Western science is finally overcoming this view and coming back to those of the early Greek and the Eastern philosophies. This time, however, it is not only based on intuition, but also on experiments of great precision and sophistication, and on a rigorous and consistent mathematical formalism. The parallels to modem physics appear not only in the Vedas of Hinduism, in the I Ching , or in the Buddhist sutras, but also in the fragments of Heraclitus, Parmenides, Plotinus, African-American philosophy, the eastern negative theology, in the Sufism of lbn Arabi, in the holistic spirit of Giordano Bruno and Meister Eckhart, in monadology of Leibniz, in the Absolute Idea of Hegel and Shelling, e.t.


All ancient spiritual traditions suggest that the world is a unity and the multiplicity is only apparent. Modern science claims that the visible world of matter and the multiplicity is only apparent, the reality is unseen and invisible. Since different roads the mysticism and the rationalism lead to the same view, the view of the open totality of the world. The mystical insight of spirituality and the rational mind of science leading to the open thought, the wisdom of life. The spiritual experience of oneness conduces to the same insight as reasoning through science. Both convey the insight of fundamental interconnection between ourselves, other people, other forms of life, the biosphere and, ultimately, the universe. Science and spirituality, far from being mutually exclusive and conflicting elements, are complementary partners in the search for the path that can enable humanity to recover its oneness with the world. Science demonstrates the urgent and objective need for it; and spirituality testifies to its inherent value and supreme desirability. We can reason to our oneness in the world, and we can experience our oneness with the world. The time has come to do both, for they are complementary and mutually reinforcing.


Presents a revolutionary new paradigm of Cosmic Thought that bridges the divide between science and spirituality. Discloses the ramifications of non-localized consciousness and how the physical world and spiritual experience are two aspects of the same Cosmos. What scientists are now finding at the outermost frontiers of every field is overturning all the basic premises concerning the nature of matter and reality. The universe is not a world of separate things and events but is a cosmos that is connected, coherent, and bears a profound resemblance to the visions held in the earliest spiritual traditions in which the physical world and spiritual experience were both aspects of the same reality and man and the universe were one. The findings that justify this new vision of the underlying logic of the universe come from almost all of the empirical sciences: physics, cosmology, the life sciences, and consciousness research. They explain how interactions lead to interconnections that produce instantaneous and multifaceted coherence–what happens to one part also happens to the other parts, and hence to the system as a whole. 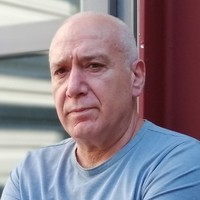